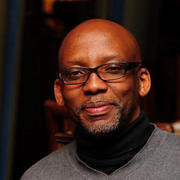 “A series of our current studies dwells on the understanding of gender and materialisation of gender (in)equality within families. What these researches on gender and (in)equality in private aim to be is a complement to studies and policies on women’s empowerment and gender equality in the public arena, including workplaces like universities and science organisations. As such, studies on gender equality in families and personal relations make little sense if they don’t consider the state of cultural and scientific knowledge, broadly conceived, on gender and men’s social power. At the same time, account ought to be taken that science, similar to culture and the self, is itself inescapably gendered. Hence, working on gender issues in science, while contributing towards scientific knowledge on gender, is warranted.”

Kopano Ratele is Professor in the Institute of Social and Health Sciences at the University of South Africa (UNISA) and researcher in the South African Medical Research Council-UNISA Violence, Injury & Peace Research Unit. He runs the programmes on Transdisciplinary African Psychologies and Masculinities, Traditions and Social Change. His work mainly focuses on boys, men and masculinities in intersection with traditions, violence, class, sexuality, and race. He is past president of the Psychological Society of South Africa and a member of a number of editorial boards, including Feminism and Psychology, NORMA: the International Journal for Masculinity Studies, and Psychology in Society. His books include There was this goat (with Antjie Krog and Nosisi Mpolweni, 2009) and Liberating masculinities (2016).