IF women <> men, THEN gender gap, END IF

This week is the Europe Code Week, an initiative launched by Neelie Kroes’ Young Advisors with the support from DG Connect at the European Commission. The Europe Code Week aims “to bring coding and digital literacy to everybody in a fun and engaging way”. More than 2.000 events have been organized from the 10th to the 18th of October 2015, including a video contest or challenges and certificates in coding literacy for schools, among others. It is not by chance that during this week we will also commemorate the Ada Lovelace Day on October 13th, which celebrates the achievements of women in science, technology, engineering and maths (STEM).

This is a good opportunity to explore the situation of the gender gaps regarding computer skills and programming. We can approach that question by consulting the Eurostat database on ICT usage in households and by individuals. Annually, around 30 European countries gather through their standardized national surveys data on several aspects of Internet use, electronic commerce, or digital skills among others. Querying the available data it is clear that a noticeable gender gap in programming -i.e. “writing a computer program with a specialized language”- remains across Europe. 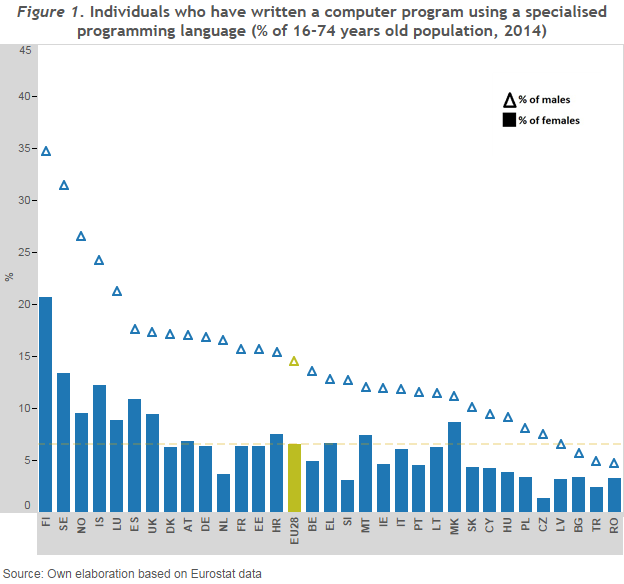 Fig.1 clearly shows that men predominate regarding the percentage of those “who have written a computer program”. This is something that happens across all countries: the gender gap in this area seems to be generalized . However, those disparities are not the same everywhere: interestingly, the differences between women and men are wider in the high-skilled countries, such as Finland, Sweden or Norway.

And what about the young people? What about the future? As Fig.2 shows, young people (16-29 years old) are more engaged in programming tasks. However, men again predominate markedly in this age group and a significant gender gap remains across the European countries. 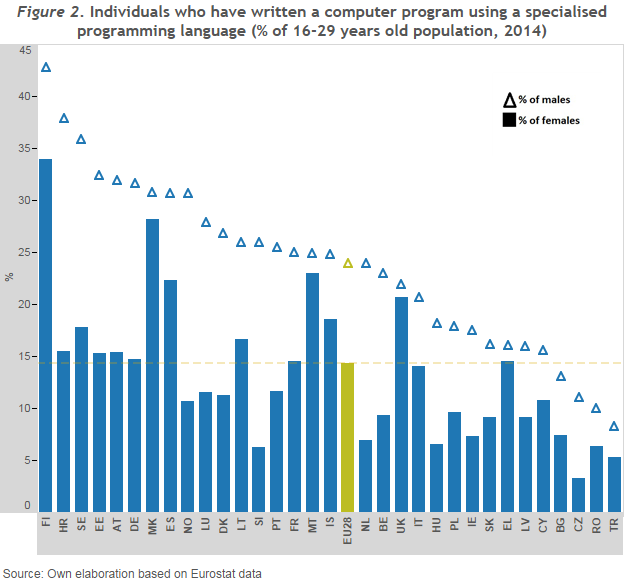 These figures lead us to keep wondering why women still do stay away from coding to a higher degree than men and what can be done to drive their participation in this area. In this sense, we would like to highlight the initiatives of the Europe Code Week that intent to motivate girls and women.

From GenPORT we aim to contribute to this Europe Code Week by promoting gender equality in coding and STEM through the following activities:

Where: On GenPORT portal

Where: On GenPORT blog