GenPORT joins the celebration of the International Day of Action for Women’s Health (#May28) with this short post on Barbara McClintock, the first woman to win the Nobel Prize in Medicine or Physiology (1983).

As on previous occasions, the fictious letters created by Jennifer Mondfrans provides an artistic approach to the life, discoveries and personality of Barbara McClintock.

The Nobel Prize concession to Barbara represents a milestone for the recognition of women’s contributions in the field of Medicine. Today, the classical struggle for gender equality between men and women in science has become wider and more encompassing with a new focus on incorporating a sex and gender dimension into research contents. Many exciting advancements have been made over the recent years in this field that improve the quality of medicine for women and men alike. We've assembled some of the more interesting ones in a previous blog post on GenPORT, which you can find here. As always, you are invited to share further resources on the topic of gender in medicine or other issues related to gender and science through this portal. 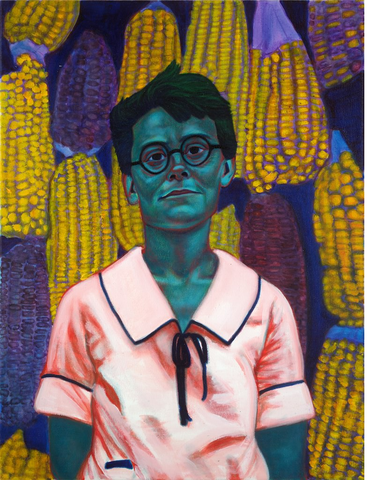 It seemed from the moment I was born, I never got along with my mother. She was old American stock, a descendent from the Mayflower and I could never please her. When I was three years old, I was sent to live with my aunt and uncle. My two sisters and brother stayed with the family. However, the early separation helped me to develop a capacity to be alone and that suited me for science.

My mother almost prevented me from going to college, believing I would be “unmarriageble.” At the last minute, my father intervened.

My graduate and postgraduate work involved the new field of cytogenetics, which was the study of chromosomes and their genetic content and expressions. The subject of my study was maize, corn’s ancestor. I developed a technique for visualizing maize chromosomes and how they change during reproduction. I gave new perspectives on how genes are formed and how they change during evolution. They say my work was groundbreaking and it was; I loved every kernal of maize and wrote about my work in terms of love. Emotion does not need to be separate from science. In fact, it strengthens it.

I suppose my point was proven when I was awarded the Nobel Prize in Physiology or Medicine in 1983, 30 years after I made my discovery. I’m lucky to have been noticed. Perhaps I would have been more noticed had I published more widely. But I knew my work was important and I wanted to be sure that the results were proven.

My contemporaries did not notice my work because it was far ahead of the development in other fields of genetics. My most important results were published before the structure of the DNA double helix and the genetic code had been discovered. Had others been interested in the pigmentation patterns in maize kernals, they could have made the same discovery. It was the puzzlement and even hostility towards my research and its implications that made me stop publishing in 1953.

My discovery of the “jumping gene” finally became more understood in the 1960s and 1970s. When I was awarded for my discovery of genetic transposition, I was the only woman to receive an unshared Nobel Prize in Physiology or Medicine.